SALZBURG, AUSTRIA — Imagine hearing three stellar Mozart concerts in a single day, all part of the Mozart-Week festival held each year to celebrate the birthday of Salzburg’s native son.

Two of them were given at the Mozarteum, in the heart of the old city.  Built between 1911 and 1914 in ornate Art Deco style, its Grosser Saal seats about 800.  The acoustic is to die for (if only the air weren’t so dry…humidifiers would be welcome.)

This program was heavenly, performed in a style that fused “period-instrument” and “modern” approaches, both transparent and heartfelt. 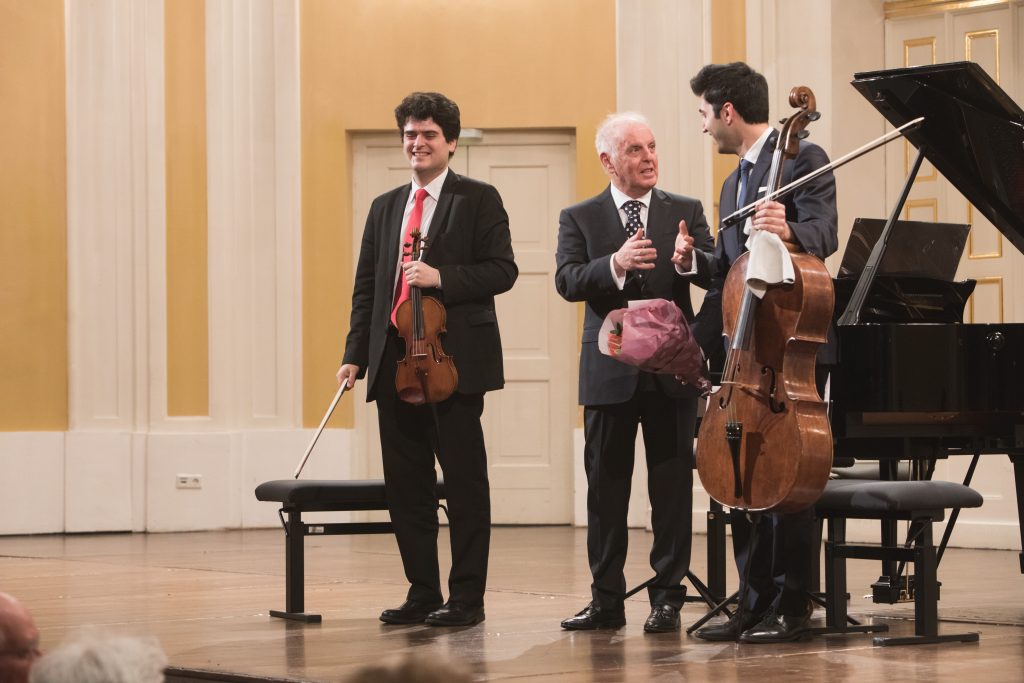 A few hours later in the same hall, we were introduced to the first in a three-part cycle of Mozart’s piano trios and quartets.  The players:  pianist Daniel Barenboim; his violinist son, Michael (born in 1985, an excellent musician with a keen interest in 20th and 21st Century works); and Persian cellist, Kian Soltani (born in 1992).  The violist in the quartets and “Kegelstatt-Trio” was Yulia Deyneka, principal in the Berlin State Opera; clarinetist in that Trio was Daniel Ottensamer, the Vienna Philharmonic’s principal.

The prodigious Barenboim, now 76, played with the freshness of a first encounter, the musical processes keenly understood and warmly communicated.  Each trio and quartet evinced careful preparation alongside joyful spontaneity.  In the “Kegelstatt-Trio,” clarinetist Ottensamer came onstage literally beaming with anticipation before a note had sounded,  then the piece unfolded with mellifluous radiance.

In the evening, we moved to the more spacious Haus für Mozart (capacity 1,580) for a performance of Mozart’s neo-Baroque C-minor Mass.  It was played by the period-instrument Orchestre des Champs-Élysées, conducted by Philippe Herreweghe, with four vocal soloists, and the Collegium Vocale Ghent.  Like the valedictory Requiem, this Mass was left incomplete.  It works well with period instruments, and despite the less flattering acoustic, left a solemn mark.